Internal succession in the management of Bucher Emhart Glass

Martin Jetter has been division president of Bucher Emhart Glass since January 2006. In parallel, until 2013 he managed the automation company Jetter that he had founded himself. Bucher Industries acquired a stake in Jetter in 2005 and took over the company in 2013. As development partner and manufacturer of the control systems, Jetter had been familiar with the technology of glass forming machines for a long time. Martin Jetter led Bucher Emhart Glass with great commitment and visionary strength. This enabled him to convince customers of the superior system solutions for glass container production. On this basis, a partnership with the world's largest glass container manufacturer "Owens-Illinois" (O-I) was established in 2013. A further milestone was the acquisition of the Chinese market leader Sanjin in 2011, which was followed by continuous modernisation of the company. Martin Jetter also has a big heart for his employees, whom he supported and motivated – even in difficult times. It is therefore no coincidence that he will be able to hand over the management of the division to an internal successor at the end of 2020, as a part of a long-term planning.

In 47-year-old Matthias Kümmerle, a highly qualified internal successor has been found to head Bucher Emhart Glass. He studied mechanical engineering at the ETH in Zurich and after completing his doctorate at the EPFL in Lausanne, he worked for three years as R&D project manager at Bucher Emhart Glass before completing an MBA at IMD. He then worked for Hilti in Liechtenstein and in China. Since 2011 he has been Head of Technology at Bucher Emhart Glass. In this function, he is responsible for driving innovation projects forward. He plays a key role in implementing the "End to End" strategy that forms the basis for the division's current and future success. Matthias Kümmerle is very familiar with the Bucher Emhart Glass organisation. He is a dual Swiss and German citizen, is married and has three children.

Additional performance measures: Internally and externally Bucher Industries uses key figures that are not defined by Swiss GAAP FER. The composition and calculation of the individual indicators may be found at www.bucherindustries.com/en/additional-performance-measures. 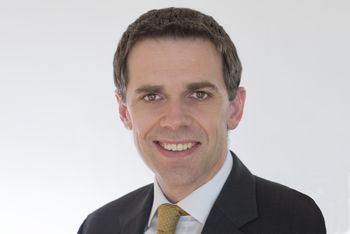