Long-term planning for change of CFO

In Christina Johansson, Bucher Industries has found a highly qualified successor for Roger Baillod. She has many years’ experience in the financial field, working for listed international companies. Christina Johansson is 49 years of age and holds Norwegian, Swedish and Swiss nationality. She graduated in international economic studies and general economics in Lund, Sweden, and gained an MBA with additional qualifications in English and German studies. After serving as CFO in various divisions of the Amcor Group of Australia and the Finnish Pöyry Group, she became CFO and deputy to the CEO at SR Technics in Switzerland in 2014. Her career has included development and expansion projects in Europe, Australia and Russia, acquisitions and the integration of companies into the group, as well as relocation of administrative and manufacturing activities. Christina Johansson will join Bucher Industries on 1 July 2016 as CFO designate and member of group management. She will take over the position of CFO in the fourth quarter of 2016.

After 20 years as CFO of Bucher Industries and service as a member of group management since 2002, Roger Baillod is to become independent. A particular strength will be the in-depth know-how and experience he can offer international companies in his role as board member. He successfully built up the Group’s financial systems, introduced efficient management systems and placed the main focus on working capital management, risk management, and mergers and acquisitions. His work earned him respect and recognition both within the Group and among external stakeholders, in particular financial market participants.
In the name of the entire Bucher Group and its employees, the board of directors and CEO would like to thank Roger Baillod for his outstanding contribution and wish him all the best in tackling the fresh challenges ahead. 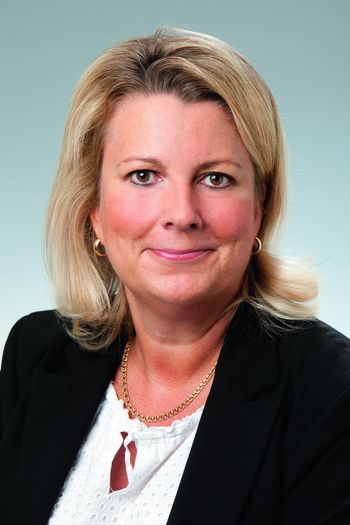