Michel Siebert, member of group management and division president of Kuhn Group, will retire at the end of September 2014. The board of directors of Bucher Industries has nominated Thierry Krier, the long-term president and CEO of Kuhn North America, as his successor. Thierry Krier will become a member of group management and assume the role of division president of Kuhn Group effective 1 October 2014.

Michel Siebert has served the specialised agricultural machinery business of Bucher Industries for more than thirty years. In 1999, he was appointed as a member of group management and division president of Kuhn Group. Under his leadership, Kuhn Group has been driven by a powerful innovative spirit. He oversaw the development of Kuhn’s worldwide marketing and distribution network and the selective expansion of the Group’s product offering; key factors which have contributed greatly to Kuhn’s success. With his determination and vision, Michel Siebert guided the globalisation of Kuhn Group, turning a successful French company into a globally thriving enterprise through a balanced strategy of internal and external growth. His outstanding achievements include building strong market positions in Europe and the Americas, while maintaining a very healthy level of profitability.

Thierry Krier, age 46, is an internationally experienced internal successor with an excellent track record. He holds an agronomy degree and a master’s degree in international business and marketing, and joined the Kuhn Group Saverne, France international sales team in 1990. In 1995, he assumed the overall responsibility of the Kuhn Group’s activities in the USA and Canada, and gradually transformed this business from a small import and distribution company with a staff of 20 into a leading American manufacturer of agricultural machinery with now over 1 000employees. Two extremely successful acquisitions were carried through under his leadership, namely Kuhn Knight in 2002 and Kuhn Krause in 2011. The first formed the basis for the rapid expansion of Kuhn Group’s market presence in North America. Today, Kuhn Group generates over 25% of its sales in North America. Thierry Krier will continue his functions in Bucher Industries US, Inc.

With Stefan Düring joining group management on 1 January 2014 and Thierry Krier becoming a member on 1 October 2014, Bucher Industries has been able to promote two highly qualified executives from within its own organization. In both cases, they are succeeding members of group management who are stepping down because they have reached the age of retirement. The new appointments are the result of a long-term strategy aimed at fostering talent, and ensuring continuity and operational excellence within the Group. This benefits not only the entire Group, but also business partners, employees and shareholders of Bucher Industries.

Bucher Industries is a global technology group with leading market positions in speciality areas of mechanical and vehicle engineering. The company's operations include specialised agricultural machinery, municipal vehicles, hydraulic components, manufacturing equipment for the glass container industry, and for wine and fruit juice production, as well as automation technology. The group's shares are traded on the SIX Swiss Exchange (SIX: BUCN). 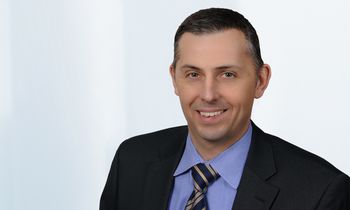